: A clergy team visited us from Wirksworth in the United Kingdom. The team comprised of Canon David Truby from the Church of England, Rev. C. Veitch from URC and Rev. Steve Benet and his wife from the Methodist Church UK.
They visited Baduria to experience th e diversity of our diocese to get a first hand feel of a remote village and experience how tribal Christians worship. They also distributed two rickshaw vans to very needy persons selected by the local congregation.
At Baduria we were amazed by the welcome of the local congregation. The drums began to beat as we got off our jeep. Women dressed in colourful tribal costumes swayed relentlessly to the melodious songs in santhali and the rythmn of the drums being beaten by a blind man. Even our visitors could not resist the impulse to join in a few dance steps as they walked all around the village. They were mesmerized by the surroundings by the time they finally reached the partly finished church building. By then there was a gathering of more than 300 people.
Here they were further amazed as their feet were washed and they acknowledged and exchanged greetings in santhali.
The congregation members shared their annual traumas of being affected by floods, watching their houses and cattles being washed away. They shared that they trusted that God had and will never leave them. They began building the Church building as a symbol of their resistance of bad times. They believe that surely this will help them overcome their insecurities.
They thanked the visitors for their support in empowering two of their very needy congregation members.
Rev. Truby and Rev. S. Benet, too moved for words, presented a collection of photos of how they raised funds for the rickshaws and they went ahead and handed over the rickshaws to two persons who were gleaming with joy. If one looked closely you could see the numerous dreams the eyes had begun to see. They were also given two automatic torches to help them in the night.
After lunch as we walked back, there was silence as each of us were touched by what we had seen and experienced. None of the team members had experienced such peace and welcome which made each one of us – which made each one of us richer in God’s love.
The next day was a speedy visit to Kochpara for the inauguration of the St. Thomas Church. Here Rev. S. Benet gave the message and Canon David Truby blessed and dedicated the Church building to God’s worship.
Here too the team enjoyed the lunch which included fried fish eaten in the scene surrounded by nature. In Kochpara there was a congregation of about 200 odd people.
Posted by Debjit Singh at 11:09 PM No comments: Links to this post 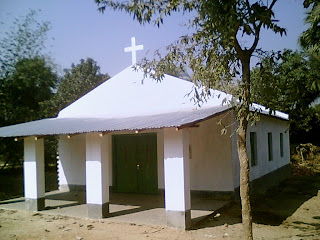 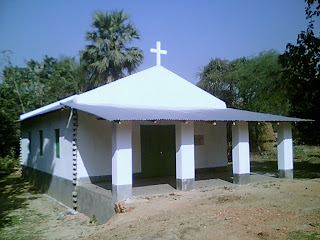 Newly constructed St. Thomas Church at Kochpara was inaugurated on 28th January, 2009. Rev. S.Sinha was present as the representative of the Bishop and our Chief Guest Rev. P.Silvaraj, who financially helped to build this church was present in this inaugural function. Our four guest priests from England were also present in the function. Rev. Santosh Mardi from Kaliaganj Pastorate, Fr. Yunus Lakra from local Catholic Church, representatives from NELC Church and members of eight congregations under the Kochpara Pastorate were also in attend ance.

In the beginning, all the guests were welcomed warmly through traditional Santal Culture. After that the Chief Guest Rev. P.Silvaraj cut the ribon and inaugurated the Church. The inaugural worship was conducted by Rev. S.Sinha whom was assisted by Rev. R.C.Kisku and Rev. Santosh Mardi. The Gospel was read by Rev. Camillia Veiech and Sermon was given by Rev. Steve Bennett. A short report of the Church of England was presented by Mrs. Elizabeth Bennett. Lastly, the Church was dedicated for the worship of our Lord Jesus Christ by Rev.Canon David Truby. 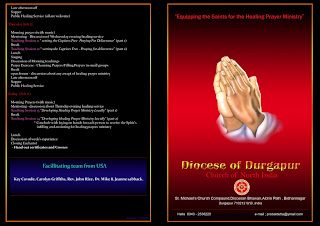 The diocese of Durgapur celebrated Healing Ministry Week in a very different & effective manner.More than twenty presbyters and four lay-persons were equipped in a week long workshop as "Prayer Ministers"in the ministry of Healling, which was held from 2nd February to 6th February 2009 at the Durgapur Diocesan Bhawan. The workshop cum training was conducted by a team of five persons headed by Rev.John Rice from the Western North Carolina Diocese-USA.
Even though the workshop was intense all participants were enriched with the Knowledge of Soaking Prayer , role of the Holy Spirit in healing ministry and the healing power of forgiveness. The participants were trained on how to pray with and in the presence of the Holy Spirit for healing persons from their physical, mental & spiritual problems, & trauma. They were also encouraged on the issue of praying into generational healing & its importance. Soaking prayers were demonstrated on the participants. Everyone present were witness to the work of the Holy Spirit as every prayer received positive response. Each day began with worship and music.On the last two days the participants visited Raniganj pastorate and St. Michael's Church Pastorate. In botth the places the team were warmly welcomed which was followed by a short worship and then healing prayers for all assembled persons. Between these two days prayers were conducted for more than 150 people.Rev. John Rice, Ms. Caroline Griffith, Mrs. Kay Covode and Dr
Posted by Debjit Singh at 8:23 PM No comments: Links to this post 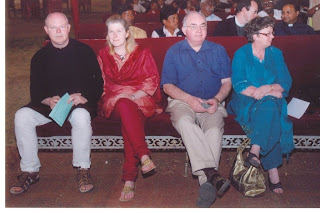 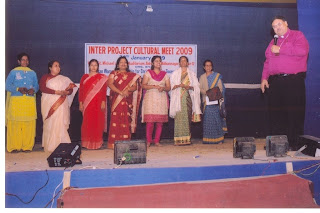 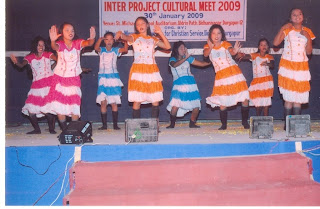 About 125 children from all the four projects, namely the Durgapur Child Study & Development Centre, Interfaith Community Study Centre Bankura, Community Study Centre Purulia and Prochesta Asansol, which are run by the Diocesan Women’s Fellowship for Christian Service (DWFCS) of the Diocese of Durgapur gathered at the St. Michael’s School Ground to take part in their Annual inter Project Cultural Meet. Mrs. Rita Dutta, President of the DWFCS cordially welcomed all present informing them of the expending of the programs during the last three years. The Program was graced with the presence of Mrs. Margaret Marshal as the Chief Guest along with her husband Mr. David Marshal from the “United Reformed Church- West Midlands Synod” along with a multitude of friends from the Diocese of Western North Carolina, USA, the Anglican Church in Wriksworth- Uk, The Methodist Church in Wriksworth-UK, & the Church of Bangladesh. The evening witnessed the gorgeous, vibrant & immaculate performances by the children of the four centres. Special mention goes to the beautiful welcome dance by the girls, in pure white dresses , of Durgapur Child Study & Development Centre. Mrs. Margaret Marshal, in her address, informed about her astonishment in seeing the development in the children of the centres within the past one years(She was in the Diocese of Durgapur) and also informed that she was overwhelmed with the service thet the Women’s Fellowship is proving towards the Society. The Program ended with the valediction being conveyed by Mrs.L.Kobiraj, Convener of the Project Committee. Although the program ended that day but the evening will be etched with memories of the delight and amusement experience by all present for a long tome to come.
Posted by Debjit Singh at 2:07 AM No comments: Links to this post

Inaguration of a New Hostel Building 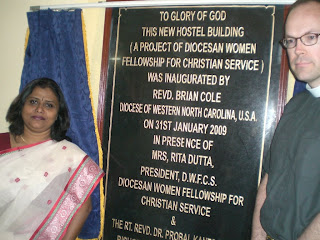 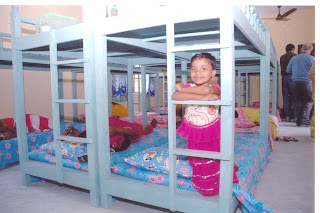 The Durgapur Child Study and Dvelopment Centre Hostel was inaugurated on the 31st of January 2009 by Rev. Brian Cole from the Diocese of Western North Carolina in the presence of the Rt. Rev. Dr. P.K.Dutta, Bishop of the Diocese of Durgapur, Mrs. Rita Dutta, president of the Diocese of Durgapur along with a multitude of friends and well wishers from the Diocese of Western North Carolina, the Anglican Church in Wirksworth-UK , the United Reformed Church West Midland Synod & Church of Bangladesh and dignitaries of the Diocese of Durgapur. The hostel will host 24 children at present, both boys & girls, and will have a warden and a cook. A separate dormitory with attached bath for girls & boys is the with a common study cum dining room. The Women's Fellowship, which will look after the hostel , sincerely hopes and prays that God's blessings on this hostel will be profuse and that this hostel will be transformed and grow up into respectable, self reliant human beings when they grow up
Posted by Debjit Singh at 10:53 PM No comments: Links to this post 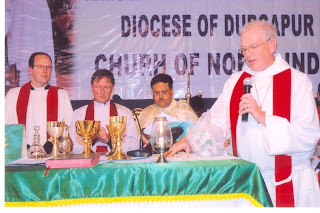 The Bishop, Diocese of Durgapur