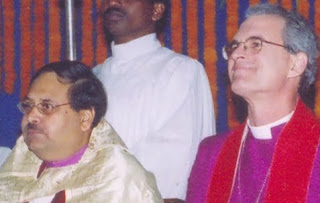 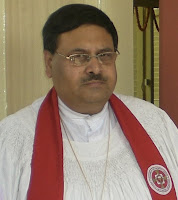 What does 2010 hold in store for us? Will it bring peace and cheer? Or will there be gloom and doom? Whose star will be on the ascendant and whose on the decline?
As we start a new year, there has been many writings by leading astrologers predicting good and bad news for clients like politicians and businessmen. The voices are varied and the mood mixed. Some say that India is well on its way to becoming a superpower in the next five years. That’s because India is ruled by Saturn according to Western astrology, and for the next two and a half years. Saturn will be in the sign of Libra. In this period, Saturn will be very powerful and happy in Libra, and India will rise to the very top.
The predictions year after year by the astrologers have many a times proved wrong. The year 2009 has not been an easy year for anyone across the world. The global economy remains in the grip of slowdown. There are some signs of recovery but there is no certainty that the recovery will be sustained. The other issue that grabbed the attention of most people is what is happening to the climate. It is clear that economic development has adversely affected the global environment.
But as people of faith we have no other options then to look unto God for his guidance and blessings. God who has created this universe will only sustain it, provided human beings obey God and follow His guidance. By doing this we can help our universe look better and also habitable.
Posted by Debjit Singh at 1:46 AM No comments:

Sandipan Sinha :- Prochesta is one of the wings under Diocesan Women Fellowship for Christian Service, Diocese of Durgapur which has been established in St. Paul’s Church Asansol with the vision to re-establish the life of those young girls in the slum area of Asansol not only by giving them the basic educational facilities but teaching them a practical job so that they can earn in their livelihood with perseverance and dignity. Practical classes are given in sewing, embroidery and other self help activities. 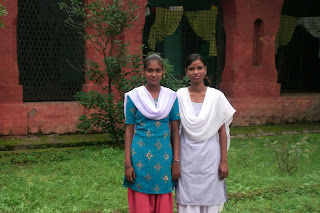 After a long effort from the centre two students have reached the goal. Ms.Sarita Rajaz showed great skills in dance while Ms. Laxmi Lal in Sewing. Laxmi is one of the old students attending the centre from the very beginning. Before she joined the centre her life was meaningless but after she joined the centre she recognized her goal in life. She was a drop out from school but now she has realized to get back to school again at Naye Disha School in Class-VIII. She has learnt many skills in sewing, like embroidery, blouse cutting, suit cutting, jori placing etc. Her contribution can also been seen in the churches of Diocese Of Western North Carolina when the Prochesta team made the alter by their own hands which was sent to the above mentioned Diocese. While speaking to her I found out that she has got the vision in her life and she wants to apply her skill in her daily life in the near future. As such type Sarita Rajaz is one of the newly admitted girls in Prochesta. She is doing well and is in the basic learning period in her sewing classes. However she has shown progress in the dance classes too. She is a young girl with 4 elder sisters and 1 younger brother in her family. She came to know about this centre past three months ago and decided to join. Previously she used to work in a home based tailor shop, so with the intension to learn more she came forward. She is grateful to the teacher-in charge Ms. Bharti Lal who has given her all the help and facilities in bringing her sewing classes up to mark.

The centre-in-charge Mrs. P.T. Nayak is giving her valuable time in teaching the students about daily life experiences that they may be facing in today’s World and thus preparing them to learn the basic needs to meet the challenges in life.

Posted by Debjit Singh at 9:24 PM No comments:

Canon David Truby :-The partnership between the Diocese of Durgapur and the Wriksworth Team Ministry in England has been developing for nearly six years. During that time a number of parishes in the team have contributed towards the “Rikshaw Project”. In the January of this year Canon David Truby, the team reactor, visited Durgapur with three of his colleagues from the other Churches in Wriksworth. Their intention was to extend the link to the other denominations represented within the town. In June the Bishop of the Durgapur Rt. Rev. Probal Kanto Dutta, took three of his clergy to visit Wriksworth during their name in England as guests of the United Reformed Church.

During his visit, the Bishop spoke at an open air service in Kirk Irecton, one of the villages in the Wriksworth team. A young couple who were preparing to get married were so inspired by his talk that they asked their family and friends to donate to the Rikshaw Project rather than buy them gifts at the time of their marriage.

The latest idea to originate from Kirk Irecton came from the children who attend the village youth club called ‘Juniors Den”. During their summer holidays, thirteen of the children did jobs around the home and village for family and friends in exchange for payment. They raised a total of $ 235 which has now been sent to the Diocese. It was also an opportunity for the children to gain some understanding of life in the villages of the Diocese. It was just one small indication of the growing development of our link which has become a precious aspect of life for the Churches in the Wriksworth area.

Posted by Debjit Singh at 8:50 PM No comments:

Sandipan Sinha:- About 3 hours journey approx 120 kms from the Steel City of Durgapur is situated the little known village of Sarenga under district Bankura, where the majority of population hail from the Tribal community( Santhals) living well below the poverty Line. Sarenga block in the district of Bankura in West Bengal is one of the most backward blocks in the State. The population basically hails from Scheduled Tribes, Scheduled Castes, small and marginalized communities. The inhabitants depend on agriculture (crop monsoon dependent) and on daily wage labour in the non–agricultural season for their livelihood. Other than these they some times depend on their home based business like poultry farming, bamboo basket making etc and leaf plat making.
On 21st September 2007 the Diocese of Durgapur started its first Cycle Rickshaw Van Project in the mainland of Sarenga by giving first vans to four men including Mr. Ashish Ree. The purpose of our service was to bring back the life of those untouched people of Sarenga to the standard living mark. Basically these men worked in the paddy field or in the crop harvesting and use to earn a very small wage. Other than these, few worked in the local cold storage and got only Rs.30/- per day which was merely a single meal cost per person per day. While few were engaged in the rickshaw van pulling which they had to hired from different owners for Rs. 30 or Rs. 40 per day. Today there are 12 persons namely Ramu Dulay, Khagan Dulay, Ranjit Ahir, Bhonath Chalak, Nepal Chalak, Swapan Lohar, Jeetan Lohar, Ujjal Das, Asish Ree, Kartik Dulay, Jakir Sekh & Sukhadev Das those who have received rickshaw vans from the project.
One such case is Mr. Swapan Lohar. He was a rickshaw van puller which he use to hire from a owner for Rs. 30 per day in order to earn a full day meal for his family. His family comprises of his mother, his wife Mrs. Bela Lohar who is a agricultural daily labour and his son Bapi Lohar who is ongoing student in the Sarenga Secondary School in class- VII. He was introduced in the project in the month of June 20th 2008 as a rickshaw van puller. Till date he has improved his life to much extend not only financially but has got sets of goal in his life. He has opened his personal bank account in Malubhum Bank, where he deposits his monthly income. Now a days he spends most of the time with his family and friends and rewinding his thoughts for renovating his house for better standard of living as his daily income is approx Rs.80 per day and deposits only Rs.5 in the project centre. His utmost desire is to send his only son for higher education in good school and later to college. Out of the depth of time we can recognize the pursuit of happiness in the faces of those who were taken into project by giving them rickshaw vans.
The Diocese started the Rickshaw Van Project at Sarenga on 21st September 2007 with only 4 rickshaw vans but slowly the number increased as more rickshaw vans came in, 3 on 22nd November 2007, 2 on 1st February 2008, 1 on 16th February 2008 & 2 on 20th June 2008, so all total 12 vans are running in the heart of Sarenga. Nita Pyne, the Project-In-Charge said that Rs.5 is taken from each rickshaw van puller which is deposited in the saving bank account opened specially for the project. The amount that they deposit would be saved for their future use like major repairs of the vans. It will also work as a loan bank for the group. Till the date 31st August 2009 Rs.26845 had been saved for the respective purpose in the Malubhum Bank Account in Sarenga. . It was reported by Ms. Pyne that the rickshaw van pullers are now planning to send their children to good school and also to the Sarenga Child Development Centre and taking a smooth move in the life to sustain the value of dignified citizen of India.

Posted by Debjit Singh at 4:27 AM No comments:

Rupees Ten for the Teachers

Sandipan Sinha :- Fifth of September is the ani day of a great philosopher and teacher who was also the President of India Dr. Sarvapalli Radhakrishnan . Though he was a great man, he did not forget his village teacher who gave him the foundation of education. When Dr. Sarvepalli Radhakrishnan met his village teacher as a president, he touched the feet of his teacher as a mark of respect.
Remembering this great act the Government of India declared fifth September as a ‘ Teacher’s Day’ and is celebrated in all schools throughout the length and breadth of the country. The Durgapur Child Study and Development Centre run by Durgapur Women Fellowship for Christian Service aims to impart education to the slum children of Durgapur. A few years back these children were wandering around the streets, dirty, using abusive language and some even engaged in petty slealing. It was the aim of the women fellowship to help these children who are neglected by their parents to give them a better life in the future by imparting and encouraging them with value based education.
The result of the three years labor by the women fellowship was seen on 5th September 2009, when the children of the poorest of the society gave leadership in collecting Rupees Ten to buy small gifts for their teachers as a mark of respect and love. On that day the children organized themselves and put up a good cultural programme and also served them a delicious lunch for the teachers. As they performed their show, it was seen that they did it with confidence which portraits a ray of new hope for these children to come up in life. This ‘Transformed Life’ will help eradicate illiteracy in India .
Posted by Debjit Singh at 2:22 AM No comments:

The Bishop, Diocese of Durgapur